In January 2015, I started this blog to document the creation of my Black Hills Backbone bicycle route and to share my experience with family and friends. There is no Black Hills Backbone race, or organized public event, or "Grand Depart," or anything like that. It's just a route I created to ride myself.

Inspired by the cross-country routes of the TransAmerican Trail and the Great Divide Mountain Bike Route of the Adventure Cycling Association, I wondered whether I could piece together a remote road ride on primarily gravel and dirt roads that spanned the height of the State of South Dakota along the spine of our beloved Black Hills. That whimsical dream led to many days of scouring maps, scouting back roads, and pedaling all over Western South Dakota. There seemed to be no end of options.

I struggled with this route, primarily because the Black Hills National Forest offers a staggering number of amazing roads to ride. Scouting a promising road invariably led to more. At some point, I simply had to stop, prioritize, and choose. The Black Hills BackBone is the result.

Three years later, in January 2018, I announced the creation of the Black Hills DoubleBackBone, which starts from the end of the BackBone at NothingThere, Nebraska and ventures further west into the Wild, Wild Western reaches of the Black Hills. Out there it accesses a serpentine network of barely used gravel and dirt roads winding generally north for a return trip back to the North Dakota border. Combined with the BackBone, that makes a big, bad loop of over 640 miles.

The Black Hills DoubleBackBone, like the original BackBone, is just a route that I think is fun and challenging, however one chooses to experience it. Solo or group. One continuous ride, a series of days, or in sections over time. Self-supported, shuttled, or fully supported. Maybe some combination or even all of the above. 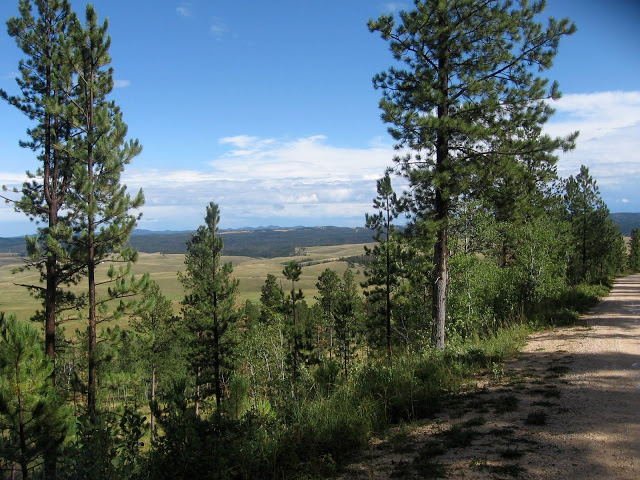