Competition is you against someone else.

Compete to make the team against everyone else trying out. Then compete against your teammates for playing time and roles.

Compete to get accepted in the school against everyone else applying. Then compete against your classmates for grades and class rank.

Compete to get the job against everyone else qualified. Then compete against your co-workers for bonuses and promotions.

Competition always measures your performance against the performance of others. It can drive one to achieve beyond actual and perceived limitations. At its best, it can draw out the best from within. 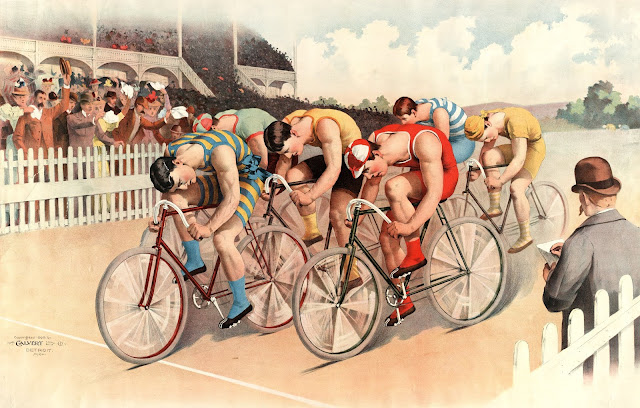 However, if comparative performance is the sole matrix for measuring success, personal growth of a competitor is inherently limited.

As every adult amateur endurance athlete knows, the size and quality of a competitive field varies widely by event and directly impacts relative placing. That is, unless the field is very large and consistently representative of your category, your relative placing within the field often depends less on your achievement and more on merely the number and quality of others showing up.

But your friends and family, and practically everyone else, just want to know how you placed relative to the field, which is easy to quantify and express. With a simple number, everyone believes they know how you did and how accomplished you are. You may even believe it yourself. Sometimes, it may even be true.


Of course, a far better measure of your result is how you placed relative to your potential for that event on that day, based on your preparation, training and effort. Such a result is completely independent of the size and quality of the competitive field. It's also harder to quantify and much harder to express to others. But it's more real.

Years ago, I committed to refrain from patting myself on the back for finishing high in a small, relatively slow field or from beating myself up for finishing low in a large, relatively fast field. That is, I committed to set my goals and expectations based on my potential for that event on that day, without regard to relative placing. That's easy to say and not so easy to do.

I still love to compete and still love to train to be able to compete. I still check everyone's race results, not just mine. But I must remind myself that I compete for my goals and expectations, not relative placing. Then I know that another's great performance or deep disappointment does not change whatever I did.

So, if competition always measures your performance against the performance of another, then maybe I no longer compete, after all. But if not competing, what am I doing?

Challenging myself to strive, to improve, to achieve. That's it.

Posted by CrossTrail at 3:29 PM