It seemed like a good idea at the time. Keeping It Real. It still does. But like snow shifted by the prairie wind, my level of preparation for a hilly, 110+ mile single speed gravel race in March looks much different than just a few weeks ago.

Over the first five weekends of this year, I managed to get out for four solid training rides on challenging gravel: a hard 30 miler and then three increasingly difficult 50 milers. All on a single speed gear higher than I planned to take to Iowa. All while I continued to ride to work every day and run three times a week. With seven weekends to ride before the C.O.G. 100, things were looking good, Billie Ray. 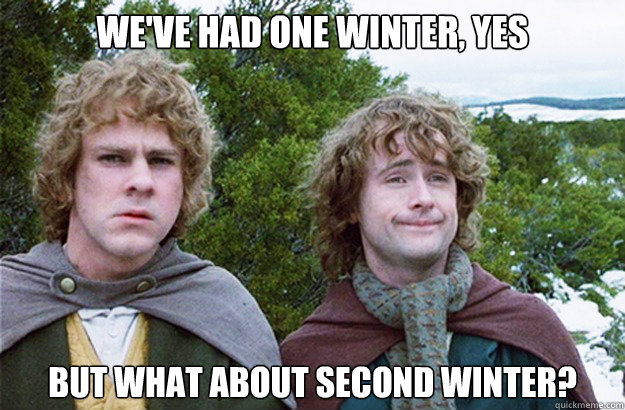 February is great for winter sports around the Black Hills, which normally includes some gravel riding out on the surrounding prairie. However, the combination of heavy snowfall and consistently cold temperatures conspired to keep much of the local gravel roads packed with snow and ice. One weekend passed, then another, and another. March started no better, then yet another blizzard hit last week, refilling those treacherous back roads.

Oh, boy. I planned to get in a few 70-80 mile training rides by now, preferably with a number of steeper pitches and softer roads. That didn't happen. Commuting, running, and cross training by shoveling only goes so far. Training time is running out. Now what?

My thoughts drift back to my long time cycling bud Dan Cook, with whom I shared many memorable endurance rides and races going back to the 1990's. Chronically undertrained but mentally tough, Dan repeatedly elevated his race day performance far beyond any reasonable expectation. When I'd whine about my perceived lack of training, he'd say, "Now, you're riding like me. I'm trained to race without training. Let's go. The race is your training."

Posted by CrossTrail at 5:32 AM