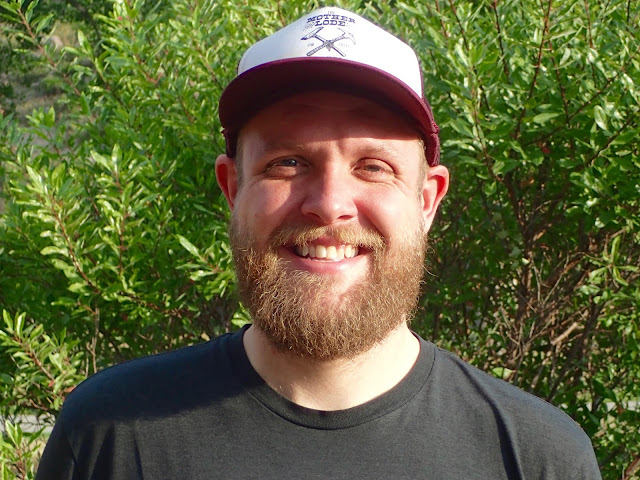 Behind that friendly face, Lucas Haan is constantly cooking up amazing Black Hills Gravel routes.
This fourth season offered seven start locations scattered throughout the Black Hills area, each with a Green route (easy 10-15 miles), Blue route (moderate 20-25 miles) and Black route (difficult 45-55 miles). Generally, the Green routes not only are the shortest, but also have fewer, easier hills and better road surfaces. The Blue routes basically double the number of miles, as well as gain more elevation on less developed roads. The Black routes double the miles again, gain even more elevation on more difficult climbs, and often include stretches of "roads" that challenge even the most accomplished cyclist.

To keep the good times rolling all summer long, Lucas released the routes about once a month from March through August. Even with the popular group starts and after ride gatherings canceled due to COVID-19 concerns, folks eagerly anticipated the announcement of the next route, rode their chosen distance on their schedule, and shared their experience on social media. With this regular Black Hills Gravel connection, our local gravel community not only survived, but thrived throughout this season.

Here's a snapshot of each of the seven Black routes of the 2020 Black Hills Gravel Series. The first three ventured into the rolling prairie surrounding Piedmont, Sturgis and Spearfish. The next four dove deeply into the Black Hills from Custer, Merritt, Hill City and Rochford. Each route offered a unique mix of fast gravel and lumpy dirt roads, with the Black routes adding a little something extra, like some rocky two track, gutted ATV trail or overgrown single track. All are creative, memorable routes worthy of riding again and again. Thank you, Lucas, for another season of Black Hills Gravel!

2020 Black Hills Gravel Series #3 (Spearfish)
Building momentum for upcoming rides deep into the Black Hills, the Black Hills Gravel Series adds longer and steeper climbs on the next ride out on the prairie and surrounding hills from Spearfish. Maybe it's a bit more cloudy and more windy this time, but nobody complains about the 60-70 temperatures and great gravel. Even gullied Lookout Mountain Road isn't too hard to navigate, nor is a closed bridge. We're ready to hit the Hills! (2020 Spearfish Photo Album).

2020 Black Hills Gravel Series #4 (Custer)
Into the Hills! North and west out of Custer stream a series of remote roads that quickly spider web into a mass of sometimes interconnecting gravel, dirt, two track, barely a track and even elk "roads." Factor in virtually no cell coverage for a true Black Hills remote road adventure. This day dawns even more magical with early morning mist and 55-65 degree temperatures. Recent snow and rain softens the various road surfaces, slowing everyone. This is where it's at. (2020 Custer Photo Album).

2020 Black Hills Gravel Series #5 (Merritt)
Bring your "A" game to this course. Primary, secondary, and tertiary USFS back roads, logging trails, ATV trails with Black Hills sized gravel, overgrown single track and multiple creek crossings, including a mid-thigh creek fording if you're not paying attention! Hot, dry, and dusty all day, with plenty of exposed, steep climbs in the second half, including right at the end. This one's earned. (2020 Merritt Photo Album).

2020 Black Hills Gravel Series #6 (Hill City)
Into the Heart of the Hills from Hill City, cyclists climb over 5,000 feet of elevation in 55 miles on mostly secondary USFS roads with virtually no traffic and little development. Rough roads follow streams lined with meadows and granite. Rolling ridge lines reveal the biggest peaks in the Black Hills. And just when it looks like a downhill coast to the finish, the route turns onto a rock-infested ATV trail for 3 miles of bonus bike handling clinic. On a Black Hills Gravel ride, it aint over 'til it's over. (2020 Hill City Photo Album).