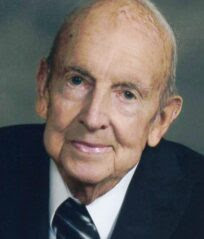 Clifford G. Groseth, age 88, of Yankton, South Dakota, went to his Heavenly home on Wednesday, November 20, 2022 at his home in Yankton.
Funeral services are 10:30 AM, on Monday, December 12, 2022 at Trinity Lutheran Church in Yankton with Reverend Jeff Otterman officiating. Burial will be in the Melhus Cemetery in rural Centerville, South Dakota. Visitation is from 2:00 PM to 5:00 PM, on Sunday, December 11 at the Wintz & Ray Funeral Home in Yankton, with a prayer service at 4:00 PM. Visitation continues one hour prior to the funeral at the church.
Pallbearers are CJ Groseth, Jonathan Hersch, Tate Groseth, Robin Plummer, Zachary Tretbar, and Dayton Headlee. Pallbearer Sergeant is Chuck Groseth.
Farmer, business owner, entrepreneur, community leader, husband, father, grandfather, great grandfather. Clifford G. Groseth lived a big, full life every bit of his 88 1/2 years, living his American Dream and relishing his role as community and family patriarch.
Born in 1934 on the family farm, Cliff grew up near Centerville, South Dakota on land originally homesteaded by his great grandfather in the late 1800's. In 1948, he was confirmed in the Lutheran faith at Scandia Lutheran Church in Centerville. With his parents Joe and Mabel, and two older brothers John and Robert, Cliff learned to farm, milk cows, and raise cattle, hogs, and chickens. As the youngest boy, he developed relentless resilience, determined self-reliance, fierce independence, and a strong sense of loyalty to close family and friends. At every opportunity, the adventurous boy roamed the family farm, hunting rabbits and pheasants, and often rode his pony to the country school around the section corner.
Always athletic and competitive, Cliff starred in football, basketball, track and baseball at Centerville High School. After graduating in 1952, he played some semi-pro baseball, played football for South Dakota State, and even made the basketball team at South Dakota State. On August 4, 1956, Cliff married his high school sweet heart, Carol Rist, and moved to Sioux Falls. After graduating from State in 1957, he taught science for two years at Freeman High School, where he also coached the varsity football, basketball, and track teams.
With a growing family, Cliff then entered the business world as a manager with the International Harvester Company. For the next 13 years, he moved up within IH, resulting in a series of family moves every few years in towns across South Dakota, Iowa, and Nebraska. Cliff turned down several promotions to corporate headquarters in Chicago, unwilling to raise his family in an environment so far removed from that of rural South Dakota. Instead, he diligently searched for opportunities, scrapped together enough savings, and ultimately managed to purchase the International Harvester dealership in Yankton in 1972.
In Yankton, just 45 minutes from Centerville, Cliff returned home. The IH business immediately prospered, his family thrived, and he enjoyed regular gatherings with his parents, brother, in-laws, nieces, nephews, cousins, and many other relatives and friends. Cliff loved sharing holidays, birthdays, graduations, anniversaries, and reunions, and especially loved seeing his children and grandchildren perform in all of their various activities. If there was a family event, he was there and loved being there.
Plunging into community service, Cliff served as Mayor of Yankton and on the Yankton City Council, and was actively involved with Trinity Lutheran Church, Rotary Club, and Quarterback Club. He joined the Hillcrest Golf and Country Club and, over time and as time allowed, developed a passion for golf. Like everything else he did, Cliff soon excelled at golf, hitting a hole-in-one twice, and, into his 70's and early 80's, often shooting scores under his age.
Always alert to business opportunities, Cliff bought the Cadillac, Chevrolet, Buick and Oldsmobile car dealerships in 1986. He even developed farmland adjacent to the country club into a residential cul-de-sac, where he built his own home overlooking the golf course. Whether tractors, farm equipment, trucks, cars, land, or most anything else, Cliff loved to wheel and deal, enjoying the interaction with others as much as anything.
In addition to all his business, community, and family activities in Yankton, Cliff continued to farm the family farm. For many years, he farmed the land himself, squeezing work into long summer days. Over time, Cliff gradually contracted out more of the farm work, but continued to actively manage the land. He always said farming was his hobby.
Eventually, with sons Cyler and Chris working in the family business, Cliff and Carol enjoyed traveling throughout the country and abroad. Always loving to "Make A Deal," he would bring a suitcase full of hats and shoes on his Caribbean cruises to barter with the locals. A particularly memorable trip was to Trondheim, Norway, a relatively small farming area. Norwegian to the core, Cliff enjoyed meeting relatives there and loved telling stories of his great grandfather's homeland.
For over 88 years, Clifford G. Groseth lived his American Dream.
Cliff is survived by his wife, Carol Groseth of Yankton; four children: Candace (James) Hersch of Champlin, MN, Craig (Colleen) Groseth of Rapid City, SD, Cyler (Roxanne) Groseth of Surprise, AZ, and Christopher (Lori) Groseth of Sioux Falls, SD; nine grandchildren: Jamie (Matt) Burkhard, Jonathan (Allie) Hersch, Cara Groseth, Chani (Zachary) Tretbar, CJ Groseth, Evie (Robin) Plummer, Kallan, Brooke, and Tate Groseth; eight great grandchildren: Scylee, Avie, Emmy, Trace, Vera, Livia, Brooks, and Cadence; two sisters-in-law: Marion Groseth of Sioux Falls, SD and Donna Torvik of Montevideo, MN; two nieces: Carol Sue Groseth and Heidi Torvik; two nephews: Chuck Groseth and Jim Groseth; and many close friends.
Cliff was preceded in death by his parents, Joseph and Mabel Groseth; and two brothers, John Groseth and Robert Groseth.
For a glimpse of the impact he had on me, go to an article I wrote in 2018 entitled The Best Coach I Ever Had.
Posted by CrossTrail at 3:02 PM