Time to reboot.  To put it out there again.  To make it public again, and hopefully make it happen.  Time to commit to ride the Black Hills BackBone in 2016.

Last year at this time, I poured over paper and online maps of all sorts, sifting through a myriad of gravel and dirt roads to craft a route for the Black Hills BackBone.  The concept was simple enough:  ride the height of South Dakota, from the northern border with North Dakota to the southern border with Nebraska, along the spine of the Black Hills, through the best back country, on the best remote roads I could find.

I sketched out a few ideas and set out to ride as much as I could.  Throughout the spring and summer, I rode up, down, sideways, all over and all around the Black Hills and the surrounding prairie.  The draft route took shape, as I found, considered, often rejected and occasionally accepted alternative roads.  Eventually, I committed to a route and posted it.  See Route Overview, Cue Sheets and Maps and GPS.

With all that reconnaissance, I rode the entire Black Hills BackBone, in various bits, pieces and chunks, at some point.  But never in a single ride.  This year, I plan to ride it all, hopefully twice.  Once as a continuous solo ride during the long days of summer.  Once as a three day bike packing trip later in the season.

Regardless of how the year turns out, I'll be out there riding.  Hope to see you out there. 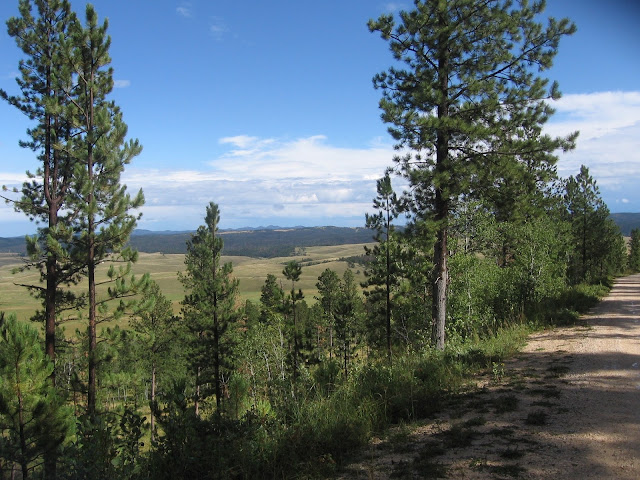 Posted by CrossTrail at 5:00 PM