Over the past seven months, I've written 30 posts about my 2021 ride of the Great Divide Mountain Bike Route, in addition to 12 earlier posts about my preparations. Most include a reference to a song that helped me understand and express a particular experience. Relevant lyrics from such a song appear at the top of each post and a link to a complete video clip at the bottom. The song then becomes part of the story.
That's a lot of material over a long time. So, I decided to put all that together in a single post. Below are the lyrics quote and video clip of the song from each Great Divide post that had one. Now, I can go to one place to listen to all the music telling the story of my Great Divide ride. The title above the lyrics is a link to the corresponding post, in case the music triggers a desire to read the narrative. 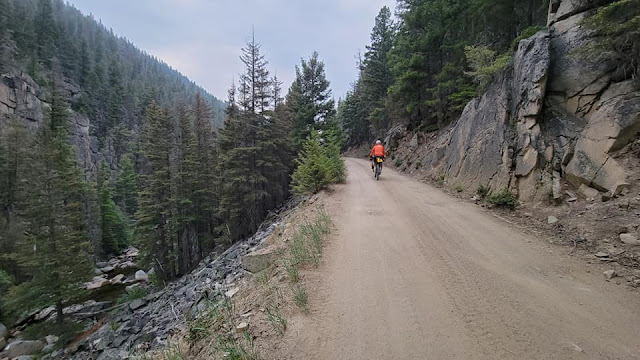